Sport Resolutions has a very diverse and experienced team, primarily populated by individuals who are legally trained and qualified or who have sports and/or sports law qualifications. 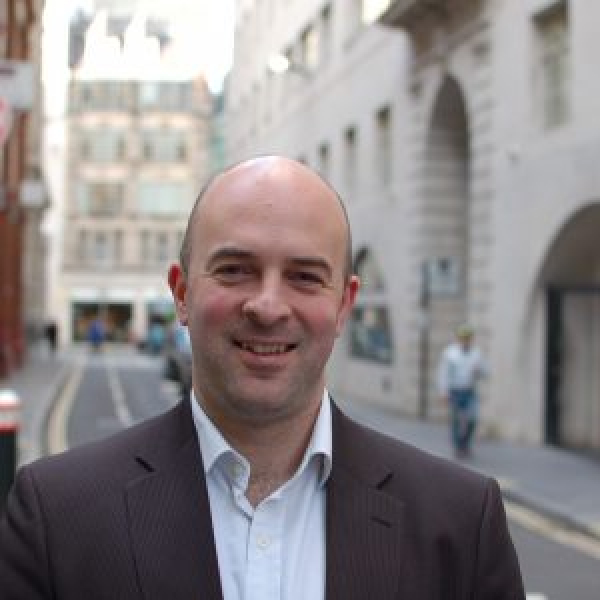 He is a sports lawyer and former Chief Executive of the Welsh Rugby Players' Association. Richard started his career as a specialist employment and sports lawyer at Hugh James Solicitors in Cardiff before joining Clarke Willmott in Bristol.

He left Clarke Willmott to establish the Welsh Rugby Players' Association and has acted as a Consultant to the World Anti-Doping Agency. Richard is a Visiting Fellow to the School of Sport and Exercise at the University of Gloucestershire, and has been appointed to the Board of the London-based International Dispute Resolution Centre (IDRC). 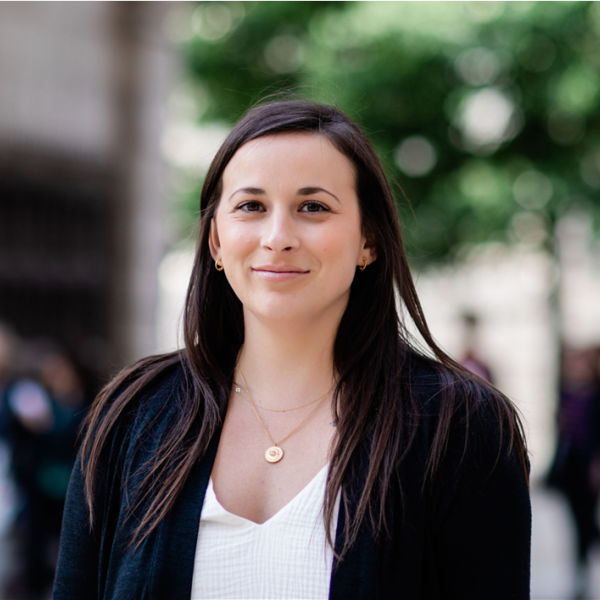 Catherine joined Sport Resolutions in May 2016, making the move to the UK from Canada, where she worked in a similar position as the sole Case Manager at the Sport Dispute Resolution Centre of Canada.

Catherine is Head of Secretariat of the National Anti-Doping Panel. Catherine is called to the Bar in Ontario. She holds a Masters in International Sports Law from ISDE (Madrid, Spain) and has substantial case management experience from working at the Federal Court of Canada and from having appeared before the Court of Arbitration for Sport on numerous occasions.

Catherine is fluent in English and French and was a competitive gymnastics coach and judge for several years. She is an elected Board Member of the international association Women in Sports Law. 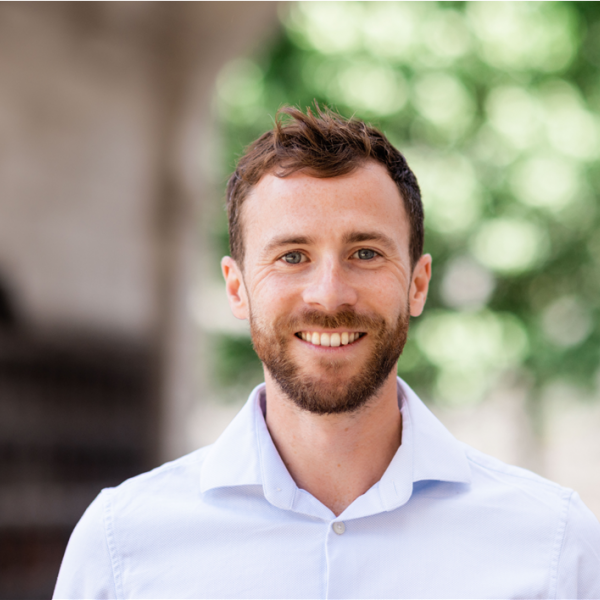 Ross is Business Manager and Company Secretary at Sport Resolutions. He is in charge of centre management, human resources, financial administration, director support and organising Board and committee meetings.

Ross joined us from Morgan Cole Solicitors in Bristol where he worked as a Legal Assistant. His interest in sports law developed whilst studying law at Swansea University and then more recently whilst studying for a Masters in Sports Law and Practice at De Montford University.

Outside of work Ross competes in Obstacle-Course Racing and Triathlon and was British Universities Multisport Champion in 2009, Swansea University Sportsman of the Year in 2010, a World AG Duathlon Champion in 2013 and he achieved a time of 9 hours 13 minutes in an Ironman-distance triathlon in 2016. 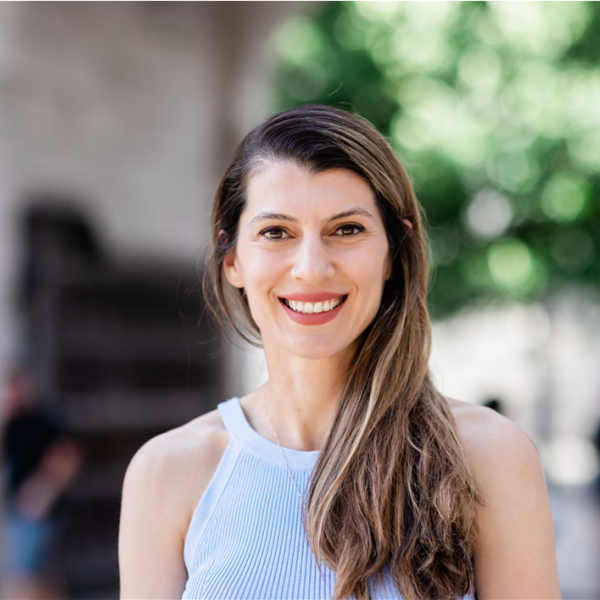 She is responsible for managing Sport Resolutions’ marketing, communication and service development activities. Duygu promotes Sport Resolutions services to multiple stakeholders including national and international sports bodies and panel members (leading barristers and QCs, as well as eminent professionals in specialist fields), and manages delivery of strategic marketing. She also manages all company communications including its full digital output and media. Additionally Duygu is responsible for organising Sport Resolutions events such as seminars, trainings and its annual conference.

She is an ex-professional volleyball player and currently plays in the Super League, the highest division of the English National League. She is the captain of her team, and lifted both the league and the cup trophies recently. Her team also became the first ever English team playing in the final at a European Championship (Northern European Volleyball Zonal Association - NEVZA) She also acts as the club secretary overseeing the club’s and its team’s management along with the other senior members of the club. 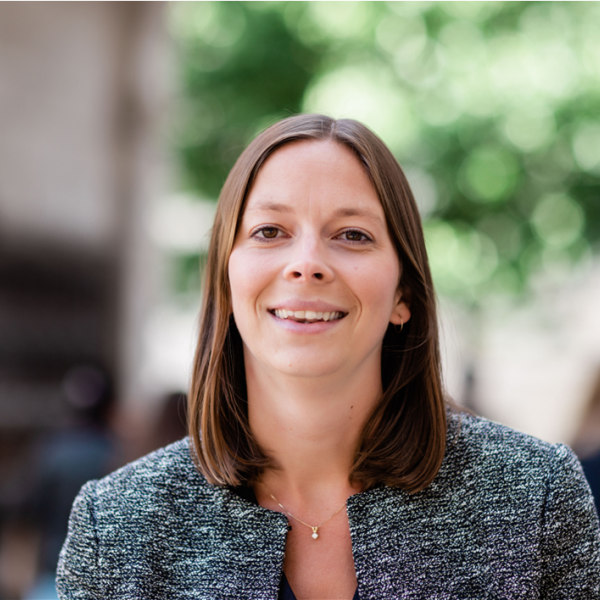 Kylie joined Sport Resolutions in March 2016 and is a member of the case management department.

Kylie leads on case referrals to the National Anti-Doping Panel, World Athletics Disciplinary Tribunal and the ITF Independent Tribunal, of which Sport Resolutions are Secretariat and she is also responsible for case management of Independent Investigations referred to Sport Resolutions. She holds a Masters in Sports Law (LLM) from Nottingham Trent University and has extensive case management experience having administered a large number of international and national sports arbitrations and investigations over the last few years.

Kylie administers the Panel Appointments and Review Committee (PARC), is a member of WISLaw and currently plays hockey for Blackheath and Elthamians Hockey Club. 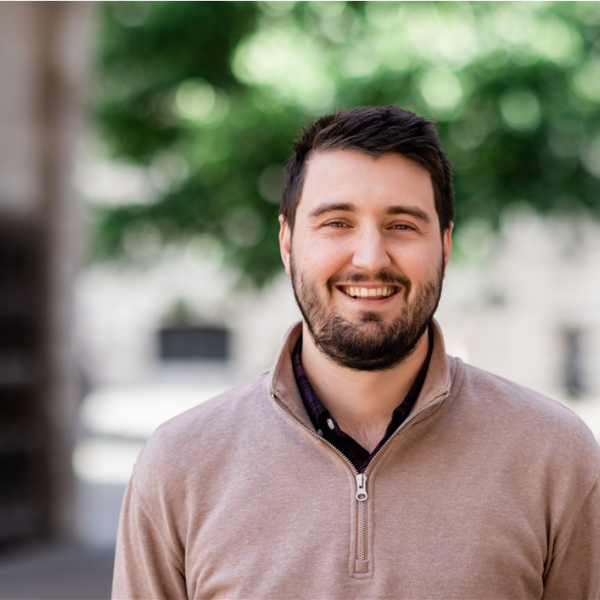 Matt joined Sport Resolutions in August 2015 and is a member of the case management department.

Matt graduated from Loughborough University in 2015 with a degree in Sport Management, shortly before joining SR as Business Support Assistant, before transitioning to the case management team in 2016. He leads on the football work referred to Sport Resolutions, including contracts with the English Football League (EFL) and Football Association (FA). Matt also has experience of managing selection-related matters, having dealt with non-selection and funding appeals for the past two Olympic cycles. He also leads on the esports work and referrals to Sport Resolutions and has a deep understanding of the esports eco-system and how dispute resolution can benefit the sector.

He is an avid (but average) golfer and is a Wigan Athletic fan. 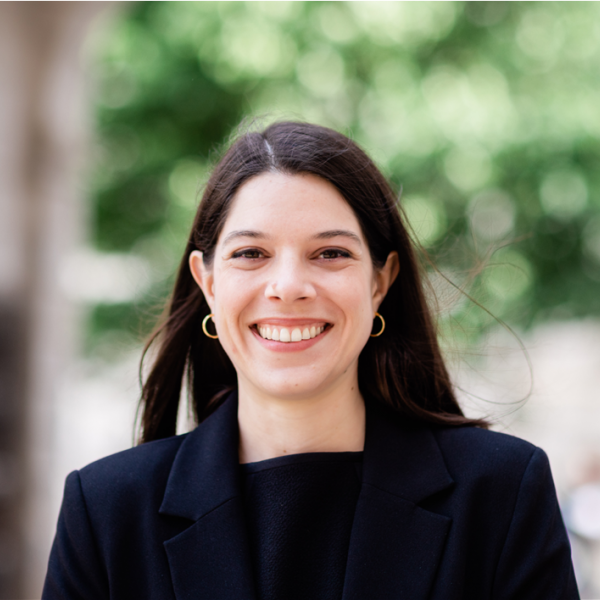 Roxana joined Sport Resolutions in October 2017 and is a member of the case management department.

Roxana contributed to the Teaching Awareness of Ethical Governance in Sport Project, supported by the Erasmus+ EU Programme. The project concluded in January 2020. 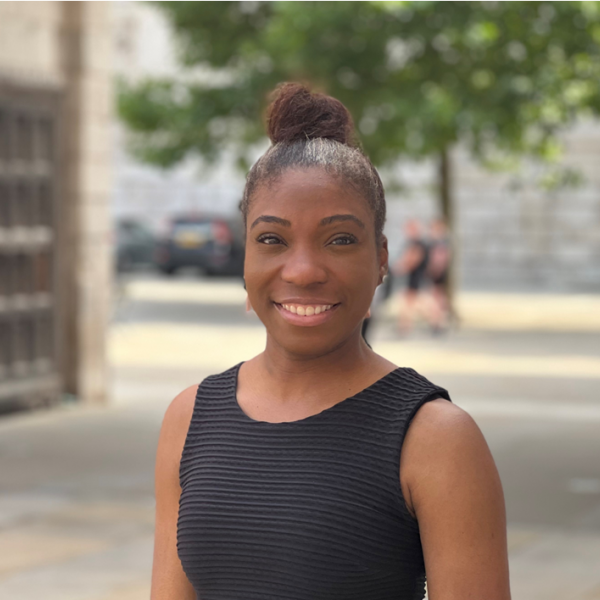 Alisha previously worked as a Projects Officer in Sports Development at London Sport and most recently at The Law Society in Accreditations.

She has completed her PG Certificate in Sports Law and Practice through De Montfort University.

Alisha has a keen interest in athletics as she used to compete in 100m and 200m as well as coach at Croydon Harriers. 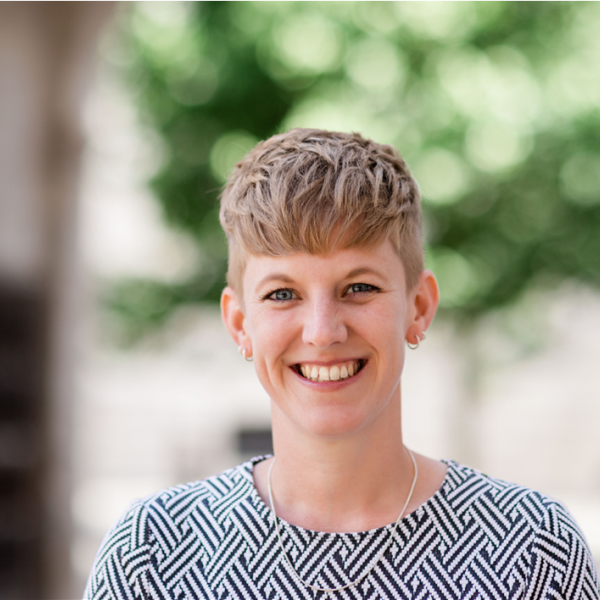 Anna joined Sport Resolutions in April 2018 and is a member of the case management department.

Anna is a graduate of Loughborough University with a degree in Sport and Exercise Science and prior to joining Sport Resolutions, worked within the PE department at a top London school.

Anna has a keen interest in football with experience of coaching at both community and school level, as well as 15 years’ senior playing experience.

She currently plays hockey for County Wanderers Hockey Club in her spare time. 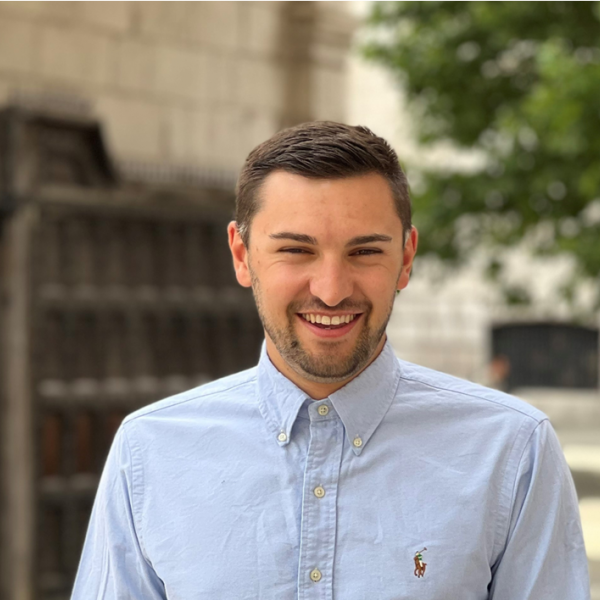 Joshua is a graduate of Nottingham Trent University where he attained his Law Degree in 2017 and in the following year he went on to achieve a Masters in Sports Law.

Joshua’s strongest passions in sport are football, athletics and also American football. He is also a black belt in Tae-Kwon-Do and he was one of the youngest in the UK to achieve this feat at the age of 11. 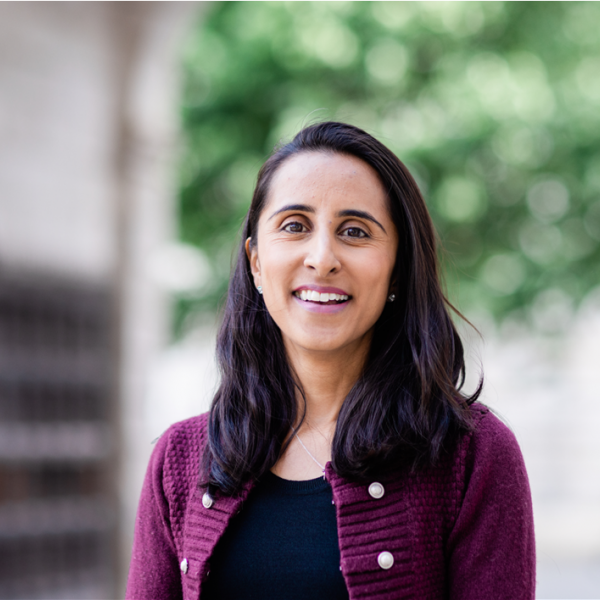 Savita is a graduate in Psychology and Education Studies and holds a Post Graduate Certificate in Safeguarding Children. Savita has extensive experience working in safeguarding, child protection and case management in sport having previously worked in two English national governing bodies (specifically tennis and most recently football) and a Premier League football club.

Savita is a keen advocate for wellbeing and has previously acted as a Disciplinary Panel Member for a national governing body and Safeguarding Officer for London Youth Games. Savita is also a Lay Board Member for her Local Authority Safeguarding Adults Board and the Chair of Governors for a local primary school where she has been a Governor for eight years. Savita enjoys playing tennis and cycling and is a keen spectator of all sports. 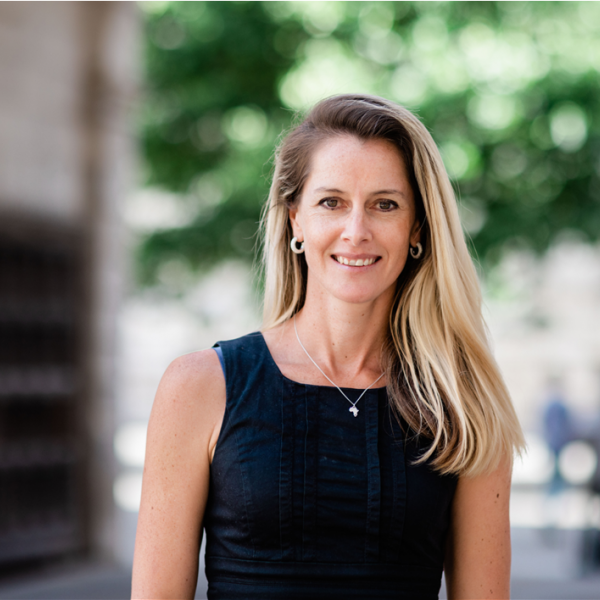 Gillian joined Sport Resolutions in March 2022 as a Case Manager.

Gillian is a lawyer who has worked in private practice both in the United Kingdom and South Africa. She was also a professional athlete, having competed in triathlon at the London 2012, Rio 2016 and Tokyo 2020 Olympic Games. Gillian also competed at the Glasgow 2014 and Gold Coast 2018 Commonwealth Games, winning a silver medal at Glasgow 2014. 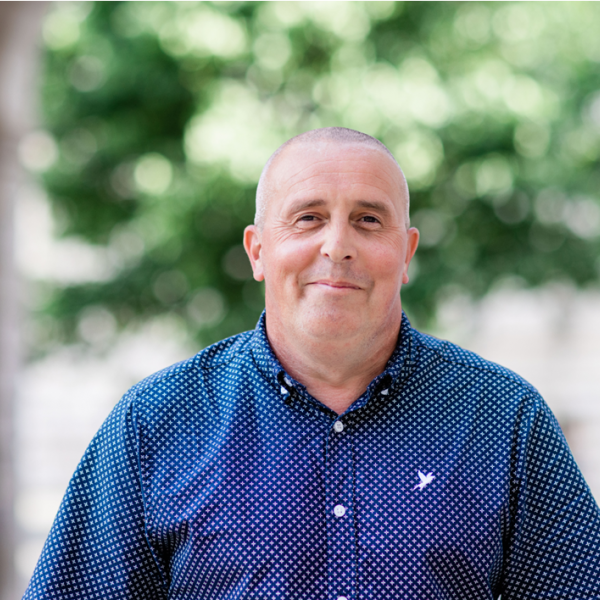 Neil joined Sport Resolutions in May 2022 as a Case Manager.

Neil is a former sports press officer, housing officer and police constable. As a police officer he was deployed to various units across London as a detective and as an ABE trained officer worked on many investigations in relation to safeguarding issues, missing persons and serious crime.

A keen sports participant, Neil has played American Football at both national and youth international level and for over 15 years played semi-professional football, as well as coaching and scouting for football league teams. He has also competed in athletics, club cricket and played county level Darts.

His sporting passions are motor racing and NFL where he created and runs a British Fantasy NFL League. 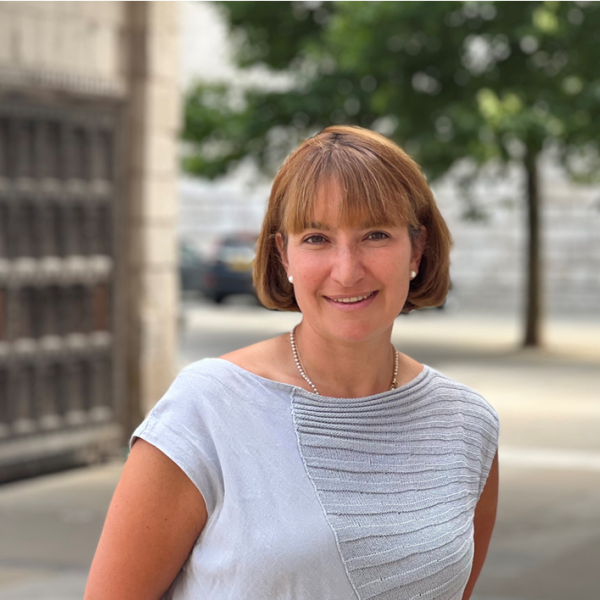 Astrid joined Sport Resolutions in May 2022 as a Case Manager.

Astrid completed her law degree in 2017 and prior to that, studied International Relations and Diplomacy with a minor in International Business. She speaks various languages, including French and Spanish, having lived outside of her native Canada for many years.

Astrid is passionate about tennis. She has played competitively, coached, volunteered, and worked internationally both at major events such as the French Open and the ATP World Tour Finals, as well as at national governing bodies, such as the LTA and Tennis Canada.

A general sports enthusiast, Astrid is rarely seen without her bicycle or checking the latest ice hockey game highlights.