Israel Folau’s recent intemperate comments about gay people on Instagram that “Hell awaits..gay people..” and Rugby Australia’s decision to terminate his contract, has reignited the debate about the rights of religious people to express their views on social media and in the workplace when this conflicts with the rights and freedoms of others. At the heart of the issue is the need to balance two conflicting principles: on the one hand the need wherever possible to respect religious beliefs and, on the other, the rights of same sex people to equal treatment, dignity and respect. Striking the rights balance is complex and challenging for clubs and governing bodies and represents a legal and moral minefield.

The conflict arises because of the strongly held belief of a number of the major religions that same sex relationships are wrong, and has arisen in a number of different contexts: Glenn Hoddle’s comments in 1999 as then England football manager said that disabled people were born disabled because of their past misdemeanours; in the employment context, the Christian registrar of marriages who did not wish to perform civil partnerships (Ladele v London Borough of Islington) and in the non-employment context, the Christian bakery which refused to accept an order for a cake with the message ‘Support Gay Marriage’ on it (Lee v Ashers Bakery Co Ltd).

To what extent should clubs and governing bodies accommodate such religious views especially when these beliefs conflict with the rights of others? This is an area which divides opinion and where emotions run deep. For example, the intervention of Lord Carey, the former Archbishop of Canterbury, in the McFarlane case that the appellant could not receive a fair hearing before a Court of Appeal that did not include a practicing Christian judge. Attempts by the courts to grapple with this conflict have so far been unimpressive, and frequently marked by superficial analysis, and a dismissive approach to the assertion of religious rights.

What would happen had an English sportsperson made the same or similar comments to Folau’s on his or her Instagram account that “hell awaits” drunks, homosexuals, adulterers, liars, fornicators, thieves, atheists and idolators? The individual, like Folau, would say that they speak from a genuine and deeply held religious opinion, while plainly offensive to many, is more or less consistent with the views held by a number of the major religions. On the other hand, such views are likely to be in breach of the club’s and/or governing body’s code of conduct and equal opportunities policies. Accordingly, the player could be disciplined or even dismissed for breaching these policies. The disciplining organization would need to balance the player’s right to express their religious belief, with the need to adhere to an inclusive equal opportunities policy and the sport coming into disrepute. That is a difficult balancing act. Clearly, the purpose behind any equality policy is to include all communities including the gay community in the sport. But a person’s religious belief is also a protected characteristic and would also be protected under the policy. Should religion be given less importance than sexual orientation? So the issue becomes a legal and moral minefield and reasonable minds might differ on how to resolve the conflict. In the meantime, the issue could become a divisive one in the team and within sport generally. If another player supported the religious player’s views, they could also be disciplined. For example, Billy Vunipola’s supported Folau’s comments and received a formal warning from the Rugby Football Union for conduct prejudicial to the game.

The claims and arguments

If the player was disciplined, he or she could bring a claim in the Employment Tribunal for direct and/or indirect religious discrimination under the Equality Act 2010. They might also claim a breach of the European Convention on Human Rights, in particular Article 9. Article 9(1) confers an absolute right to freedom of thought, conscience and religion. Article 9(2) also provides a qualified right to manifest religion or belief, which may be limited by a proportionate means in pursuit of the legitimate aims identified in Article 9(2) including the protection of the rights and freedoms of others.

Direct discrimination is treating someone less favourably because of their religious belief. This claim might not succeed because had a non-religious person expressed the same views about homosexuality, they probably would also have been disciplined. The indirect discrimination claim would be less straightforward since the religious person is effectively seeking to be accommodated in their religious beliefs. There is unlikely to be any dispute that adherence to an equal opportunities policy or code of conduct constitutes a legitimate aim. But adherence to such a policy or code is likely to put the player who holds Christian religious beliefs that same sex relationships are wrong at a particular disadvantage compared with people not holding such beliefs. There is also the vexed question about ‘group’ disadvantage. Would the religious person have to show that the requirement to adhere to the equality policy puts Christians as a group at a disadvantage or is it sufficient that some Christian’s including the claimant were disadvantaged? The case law, regrettably, has not taken a consistent view on this issue.

The next question is justification i.e. whether the disciplinary action was a proportionate means of achieving the legitimate aim. Under both Article 9 and indirect discrimination there is a proportionality test which involves balancing the rights of others, the employer’s interests and so on. That would also involve, in the case of dismissal, deciding whether some lesser penalty instead say a written warning would have been proportionate. If the player, like Folau, had been warned previously about his intemperate comments then dismissal might be regarded as proportionate. But what if this was the player’s first offence? And what if the comment had been made in the context of a conversation about religious matters? For example, in Mbuyi v Newport Childcare, a nursing assistant said to a colleague ‘Oh my God, are you a lesbian?’ and months later during the course of the conversation about the church she attended she stated that homosexuality was a sin. The ET held that her dismissal amounted to direct and indirect discrimination because it relied on stereotypical assumptions about Evangelical Christianity and because she was asked hostile questions about her beliefs, rather than her actions, which did not relate to the specific allegations at issue, at a disciplinary meeting.

Given the complexities involved, some have called for the introduction of the concept of ‘reasonable accommodation’ in order to help resolve the conflict. Such a model has been implemented by Canada and the US. Critics say that this means treating certain protected characteristics differently (which we arguably do already for disability) and that the indirect discrimination model, which balances the rights of religious employees with the rights of others, works well in practice. One thing is certain; this is a controversial and complex area which will continue to pose challenges for clubs and governing bodies. 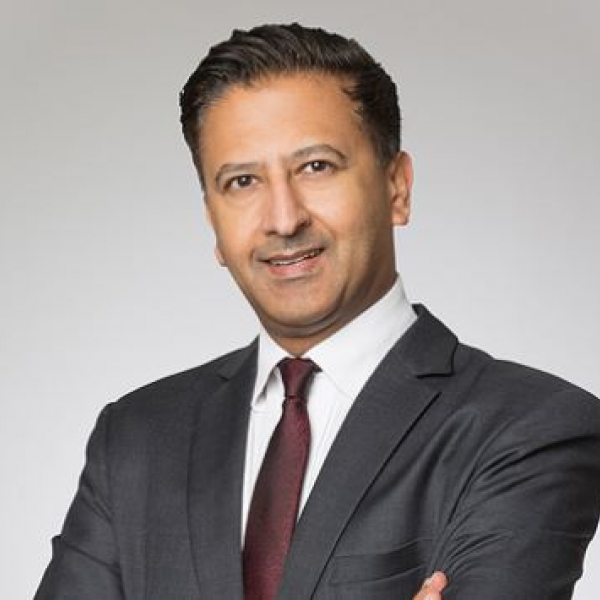 Tariq is an award-winning barrister practicing in employment, public law and sports cases. He also has a niche practice in highly sensitive national security cases involving closed material proceedings. He has twice been named ‘Barrister of the Year’ in the Birmingham Law Society Legal Awards in 2013 & 2015.

For sports, Tariq is a member of the League Managers Association Legal Panel providing advice and representation to managers from the Premier League, the Sky Bet Championship and Sky Bet Leagues, Chair of the FA Anti-Discrimination Panel and a sport arbitrator for the Football Association and Sport Resolutions UK.