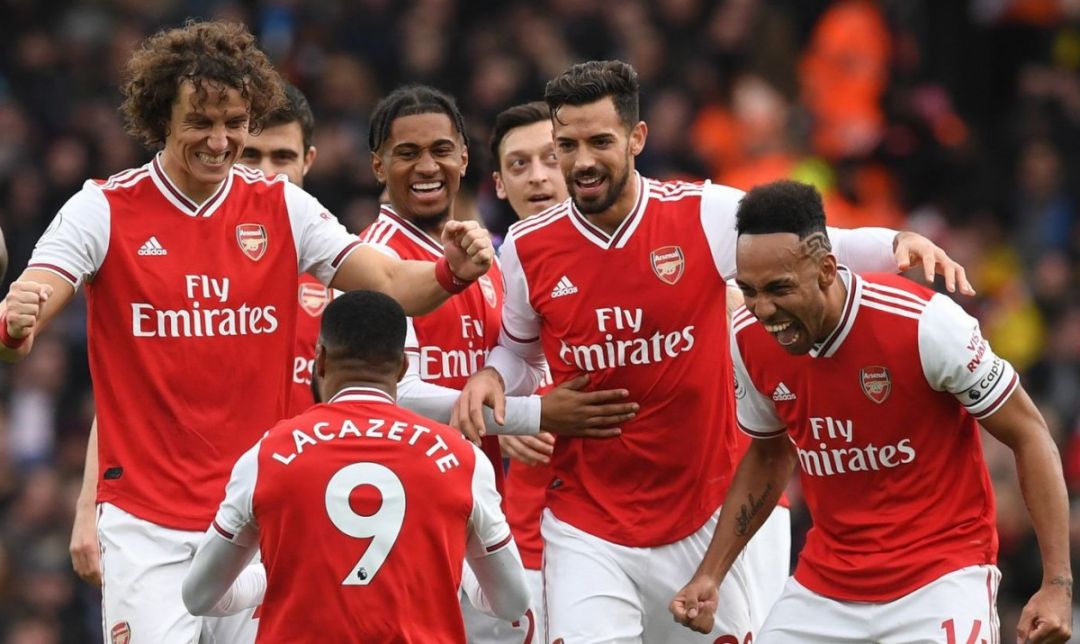 Arsenal staff and players have agreed to a 12.5% pay cut to wages in order to support the club during the coronavirus epidemic, making them the first Premier League side to do so.

Clubs such as West Ham and Southampton have announced that their players will defer wages but Arsenal are the first side to agree a pay cut, they also announced that they will not be using the government furlough scheme, after Tottenham and Liverpool reversed their decision to use the scheme following wide spread criticism.

The club announced “we are pleased to announce that we have reached a voluntary agreement with our first-team players, head coach and core coaching staff to help support the club at this critical time. The move follows positive and constructive discussions. In these conversations there has been a clear appreciation of the gravity of the current situation caused by the Covid-19 pandemic and a strong desire for players and staff to show their backing for the Arsenal family. Reductions of total annual earnings by 12.5 per cent will come into effect this month, with the contractual paperwork being completed in the coming days.”

It continued “if we meet specific targets in the seasons ahead, primarily linked to success on the pitch, the club will repay agreed amounts. We will be able to make those repayments as hitting these targets, which the players can directly influence, will mean our financial position will be stronger. The agreement is based on the assumption we will finish the season 2019/20 and receive the full broadcasting revenues. The resulting savings will help cover some of the financial risks we have this season in relation to our matchday and commercial income.” The agreed targets relate to Arsenal reaching the Champions League competitions in the next two seasons which will mean the players are repaid some of the amount they have agreed to be reduced from their wages.

The agreement was announced after weeks of negotiations with a stand off between the players and the hierarchy of the club as they failed to come to an agreement on the percentage that would be cut. It was reported that manager, Mikel Arteta, played an integral part in helping the parties to reach an agreement after speaking with his playing staff, however it has also been revealed that Mesut Ozil, who earns £350,000 a week, and two other players have so far rejected the pay cut as they are waiting on further clarity over what the financial implications on clubs will be.

Ozil said that he would not rule out taking a pay cut in the future but is currently not going to take the same position as his team-mates. His agent has said “deferral is an option but not to agree a cut today when the clubs may still make the same profit as last year. What the exact financial impact is on the clubs, we can see three to six months later - but we can’t see it today.”