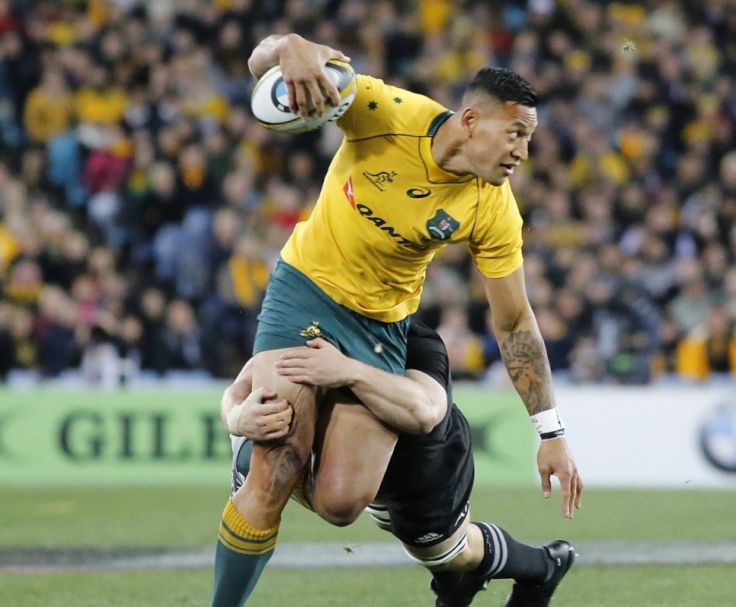 Super League side Catalan Dragons have faced criticism after they announced the signing of Israel Folau who was sacked last year by Rugby Australia following homophobic comments that he made on social media.

In the post devout Christian Folau said that “drunks, homosexuals, adulterers, liars, fornicators, thieves, atheists and idolators - Hell awaits you” which resulted in Rugby Australia terminating his contract as he had committed a high-level breach of the player code and conduct. This led to his sponsorship deals with both Asics and Land Rover being cut short whilst he also missed the World Cup and has been without a club since but he did settle out of court with Rugby Australia for a claim that his employment was unlawfully terminated on religious grounds.

Catalan Dragons have been criticised by fellow rugby league sides and players including Britain’s first openly gay player, Keegan Hirst, who has said the decision was disappointing and that it “undermines and alienates all the people who put time into making rugby league such a forward thinking and tolerant sport. It kind of endorses what he says and opens the door to people with similar opinions and views to come into the game.” Hirst also said that he believes if Folau had made similar discriminatory remarks relating to race or religion then no club would ever have considered signing him.

Openly gay Welsh ruby star Gareth Thomas has also commented on social media “really upset by this as the game, players, and fans were so good to me, all I hope is that as much as Folau wanted his right to speak, then players and fans alike are aloud their right to respond. I will never watch him.”

Catalan signed Folau to a one-year contract after Super League condemned his comments but decided to allow him into the competition. Club chairman, Bernard Guasch has stated that he believes the signing is “a major coup” for both the club and the league also stating “we do not share or tolerate his opinions and we are totally committed to making our club and our sport open and welcoming to everyone” but also believes that “leaving aside what he said recently, he can become a real example for young people, someone who trains hard and has an impeccable lifestyle and thoroughness.”

In response to the signing, Wigan Warriors announced that their match against the side in March will be ‘Pride Day’ and that their players will wear rainbow socks and laces to celebrate inclusivity, with Wakefield Trinity also set to follow a similar response.

Keegan Hirst was a speaker at the Sport Resolutions Annual Conference 2019, you can watch the full “Is sport welcoming to all or does it depend on who you are?” session here.