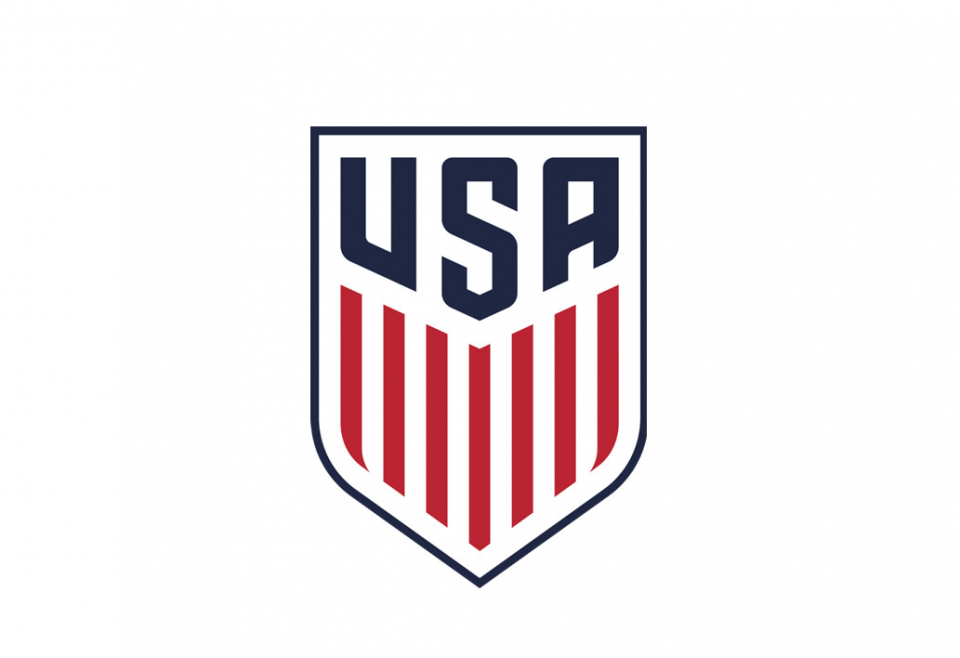 On Tuesday the US Soccer Federation (USSF) made the offer to both teams in an attempt to resolve its gender pay dispute.

In a statement, the USSF said that this was done with the goal of aligning the men's and women's senior national teams under "a single collective bargaining agreement (CBA) structure."

"This proposal will ensure that USWNTPA and USMNT players remain among the highest paid senior national team players in the world, while providing a revenue sharing structure that would allow all parties to begin anew and share collectively in the opportunity that combined investment in the future of U.S. Soccer will deliver over the course of a new CBA," the statement read.

The USWNT's current labour agreement expires at the end of 2021, while the men's team has been operating under the terms of a deal that expired in 2018.

The announcement comes after an open letter from USSF president Cindy Parlow Cone in which she said the men's and women's national teams need to "come together and re-think how we've done things in the past," and negotiating a solution that equalizes FIFA prize money between the two teams.

The USSF has previously said women's World Cup bonuses cannot match those of the men because of huge differences in payments made to federations by Fifa for men's and women's tournaments.

"US Soccer will not agree to any collective bargaining agreement that does not take the important step of equalising Fifa World Cup prize money," a USSF statement said.

The USWNTPA on Wednesday labelled the U.S. Soccer Federation's offer of identical contract proposals for both the men's and women's teams as nothing more than a publicity stunt.

"USSF's PR stunts and bargaining through the media will not bring us any closer to a fair agreement," the USWNTPA said on Twitter.

"In contrast, we are committed to bargaining in good faith to achieve equal pay and the safest working conditions possible. The proposal that USSF made recently to us does neither." 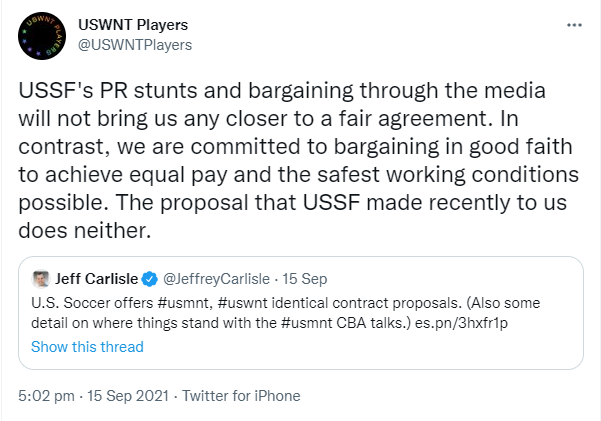 The USSF tweeted a response to the USWNTPA's claims.

"An offer on paper of identical contracts to the USWNT and USMNT, and to discuss equalizing prize money, is real, authentic and in good faith. A publicity stunt is a 90-minute one-sided movie," it said. 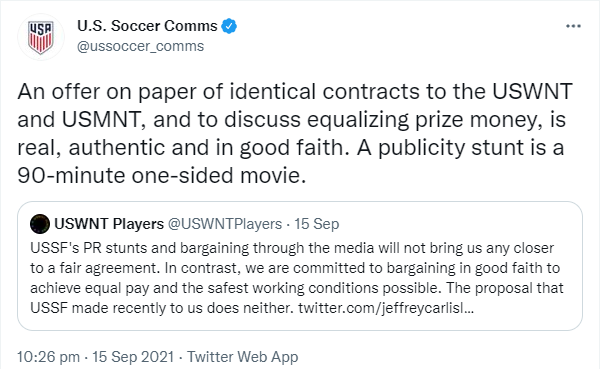 "We still need to chat about the statement given by US Soccer. But any commitment to equal pay publicly is good," Morgan said.

In May 2020, a lawsuit from the women's team for equal pay was dismissed by a judge, with an appeal pending.

The United States won the Women's World Cup for the fourth time in France in 2019 and have claimed Olympic gold five times. The men's team failed to qualify for the 2018 World Cup in Russia.

The lawsuit from the women's team was filed by 28 women's national team players seeking $66m (£52.8m) in damages under the Equal Pay Act.