Getting to Know Our Panel 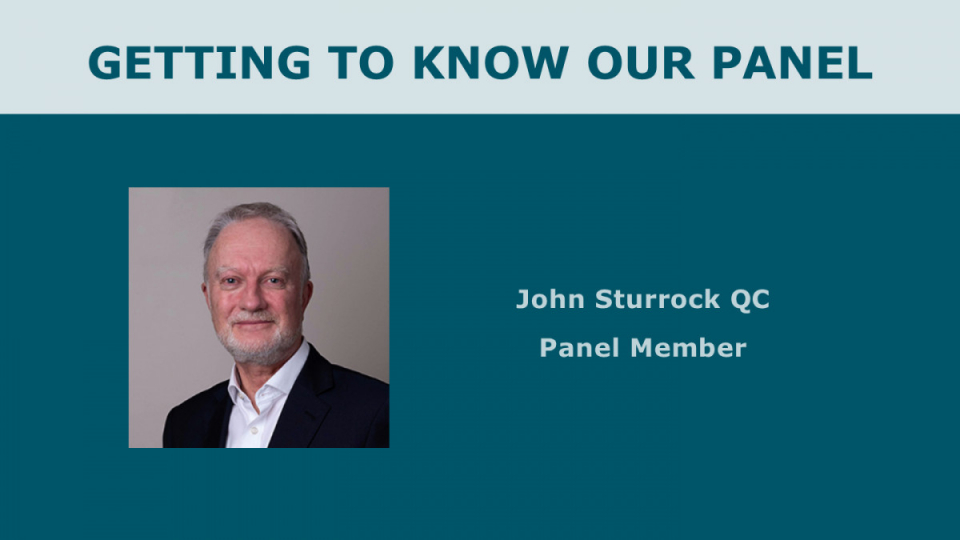 1.    Why did you choose to specialise in sports law?

I don’t specialise in sports law as such, in the traditional sense. But I do specialise in dispute resolution and conflict coaching in the sporting world. A number of years ago, I worked in a mediation context with Kirsty Hay when she was with UK Sport in London. Together we planned a conflict resolution workshop for some senior people in UK Sport. That was a success. One thing led to another and I found myself working with elite coaches and athletes, performance directors, international board members, governing bodies, athletes, senior administrators and many others in sport in a number of interesting settings. Among the most rewarding was to be involved as a mediator and facilitator in several difficult situations leading up to London 2012.

The other reason of course is that I love sport! I follow all sorts of sport, have played a bit in my time and have just returned from the Rugby World Cup in Japan. An excellent tournament, though Scotland did not quite meet our expectations!

I specialise in helping people and organisations to address difficult situations, manage and resolve disputes, reduce conflict, have better conversations and generally work together as productively as possible. While I have the title of “QC”, for several years I have worked full time as a mediator in serious and complex commercial matters, workplace and board room conflicts, political and policy tensions, major infrastructure projects, and a host of other interesting fields alongside sport.

Often, while the subject matter differs, the underlying themes are similar: failure of communication, lack of understanding, adversarial approaches to difficult issues, high levels of emotion, uncertainty about roles and objectives, broken relationships, misaligned expectations, high levels of cost and stress and so on. If I have an “expertise”, it is in helping people to work through these, get under the surface and find really good outcomes where there may have seemed to be little hope. This translates into training and coaching also, to help give people and organisations skills to address these issues more effectively when they arise.

3.    Which sport disputes have you found the most interesting and/or inspiring, and why?

There are so many. In many ways, every dispute is interesting because of the human element and, in high performance sport, because so much can depend on the outcome. For reasons of confidentiality, I can only speak in general terms. But I do recall working with individuals, especially Paralympians, at the time of Olympic selection, and how poignant some of the conversations were. There was a matter involving investment in an Olympic project which was on the cusp of being withdrawn, and the pleasure when a solution was found. I recall a mediation between parents of a young swimmer and her coaches – everyone trying to do their best but with a real difference of view. Her future depended on the outcome. The tension between Olympic athletes and the governing body which needed to be resolved for medals to be won. Whether an aspiring young athlete could participate in the funded programme on which her future depended. National bodies at odds with each other, often down to personalities, where sight had been lost of the needs of the sport itself. All fascinating.

“If only we’d had this conversation a year ago” is an expression I hear in nearly every mediation or facilitated meeting.

4.    You are recognised as one of the leading mediators in the UK, and have worked with many sports governing bodies. What are the benefits of using mediation?

Mediation enables parties with a dispute or difference to conduct discussions and negotiations with the help of an independent third party (the mediator) whose role is to facilitate conversations and meetings between the key players (the parties themselves, possibly lawyers and others who may be involved) with a view to helping them to explore and understand what the real issues are and to identify ways forward which all concerned can agree to.

Mediation is very flexible, conducted in private, enables discussion of all sorts of issues, is reasonably quick (most are set up within days or weeks and usually are completed in one day), helps restore sporting and other relationships, allows creativity and is usually much less costly than going to a more formal process or continuing with unresolved problems. Above all, perhaps, it gives the people who have a dispute control over decision-making in resolving matters.

5.    Have you ever been involved in a dispute that could have benefitted from early intervention by way of mediation? If so, why do you think sport is poor at utilising mediation in appropriate cases?

Many times! If only people would call in a mediator (or an independent facilitator if that description feels easier) at an earlier stage. Things can fester, escalate and become more deep-seated if not nipped in the bud early. Sport is not unusual in not utilising mediation as early and as much as it could. Many sectors of society are the same. There is, I think a lack of understanding of the role of the mediator and also perhaps a fear of letting go, of admitting that help is needed from someone “on the outside”. That is understandable and we need to find ways to encourage sport to make much more use of really skilled independent mediators as early as possible. There are quite a few out there: indeed, I have trained many of them!

I really enjoy cricket, played it when I was younger and came out of retirement this season for one match, with my slow left arm bowling producing figures of 3-0-17-1!  That spell turned the game – or so I say! I was privileged to see Steve Smith score 200 at Old Trafford in the Ashes this summer. I play golf intermittently and there is nothing like a sunset over the sea from the sixth hole at my home club, Elie in Fife. I follow football incessantly, and attend matches fairly regularly. I’ve already mentioned rugby. And I was lucky enough to be present on centre court at Wimbledon a couple of years ago, following some work with the LTA, and to see Federer, Nadal and Serena Williams. What a privilege. That said, I follow most sports with a keen interest, the more so given all my work with UK Sport, EIS, Sportsscotland and other sporting bodies over the years.

7.    Any tips for people looking to follow in your footsteps?

Be willing to do something different. Take a risk – or two. You have to be prepared to work at it, whatever “it” is for you. You’ll get resistance: that is an indication that it is worth doing. Be willing to stand on the outside, looking in. Never give up. Be open, transparent, vulnerable even. Keep in mind the longer game, your vision. Then work in manageable chunks of time. Try to find a wise sounding board, someone who has your interests truly at heart and who can offer really sound advice. And plough your own path, not someone else’s! It is the road less travelled that matters. 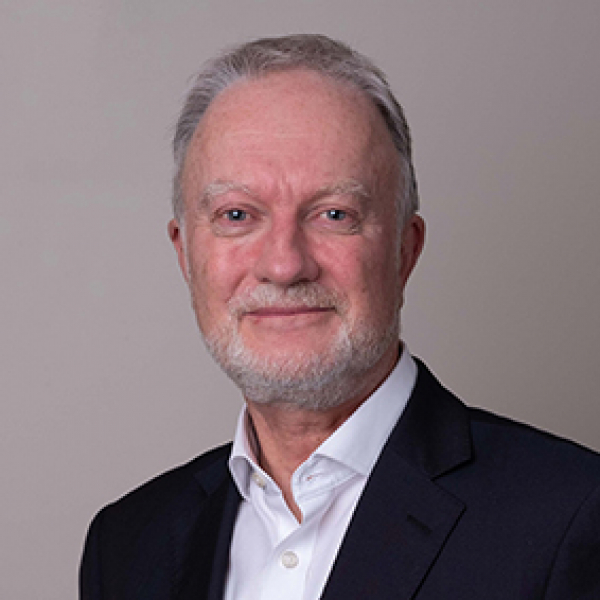 John Sturrock QC is founder and senior mediator at Core Solutions and also acts as a mediator with Brick Court Chambers in London. As a pioneer of mediation throughout the UK, with an international reputation, his work extends to the commercial, professional, sports, public sector, policy and political fields. He is a Distinguished Fellow of the international Academy of Mediators and was until recently a Visiting Professor at the University of Edinburgh.  He recently conducted a major review of allegations of bullying in NHS Highland on behalf of the Scottish Government.

John also specialises in facilitation, negotiation and conflict management training and coaching for public sector leaders, civil servants, politicians and business leaders. For many years, he has worked with sports bodies and individuals in the sporting world in a variety of roles. He is founder of Collaborative Scotland (www.collaborativescotland.org), which promotes non-partisan respectful dialogue on difficult issues.