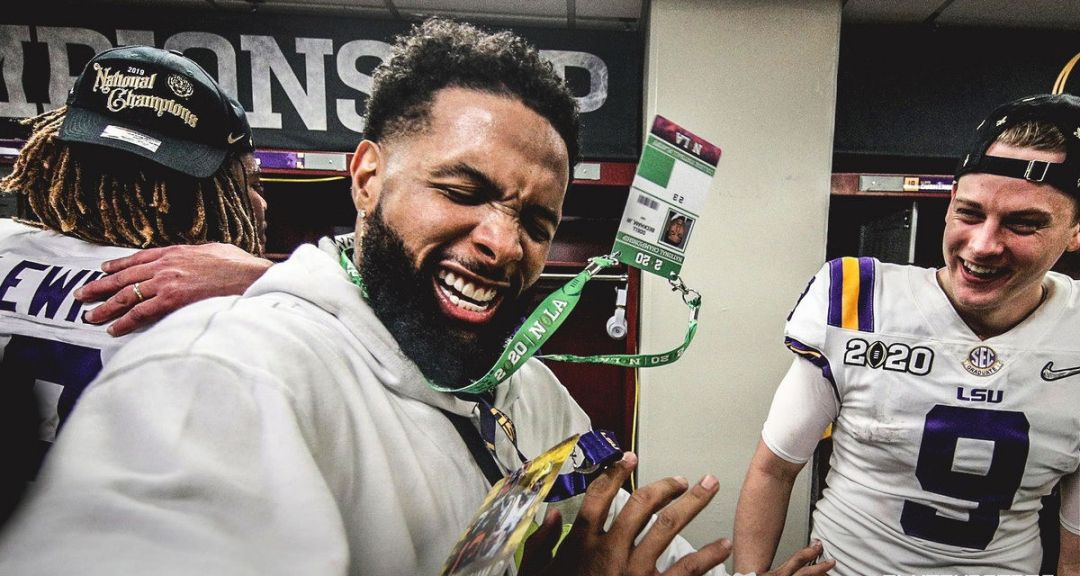 Louisiana State University (LSU) has confirmed that contact has been made with the National Collegiate Athletic Association (NCAA) and also the Southern Eastern Conference (SEC) regarding Cleveland Browns wide receiver Odell Beckham Jr. handing money to LSU players after their national championship win.

Video footage was released on social media where former LSU Tiger Beckham Jr., who played for the team between 2011 and 2014, could be seen slapping the money into the hands of the current players during celebrations after they had just beaten the Clemson Tigers 42-25 in the final game of the season to win the national championship. Initially it was believed that the NFL star was handing out novelty bills to the players, but LSU has since released a statement “information and footage reviewed since shows apparent cash may have also been given to LSU student-athletes. We were in contact with the NCAA and the SEC immediately upon learning of this situation in which some of our student-athletes may have been placed in a compromising position. We are working with our student-athletes, the NCAA and the SEC in order to rectify the situation.”

LSU quarterback, and this year’s Heisman Trophy winner Joe Burrow, has since said on a Barstool Sports podcast that Beckham Jr. was handing out real money and that because Burrow is now no longer eligible for college, he can confirm that real money was handed out and accepted, although LSU coach Ed Orgeron said he was not aware of the incident at the time. Burrow has exhausted his college eligibility so is no longer classed as a student athlete meaning that he will be part of the 2020 NFL Draft where it is likely that he will go as the number one overall pick.

NCAA rules prohibit students from accepting cash payments during their time as collegiate players, so this incident would be a violation of these rules. In order to avoid any punishment, it is likely that players would return the money so that they have not accepted any financial benefit from their college status. College players are currently barred from financially gaining during their time playing in NCAA competition, but it is likely that individual state legislation will be passed which would allow college players to be able to make financial gains from their image, name and likeness, with California being the first to do so in October 2019.