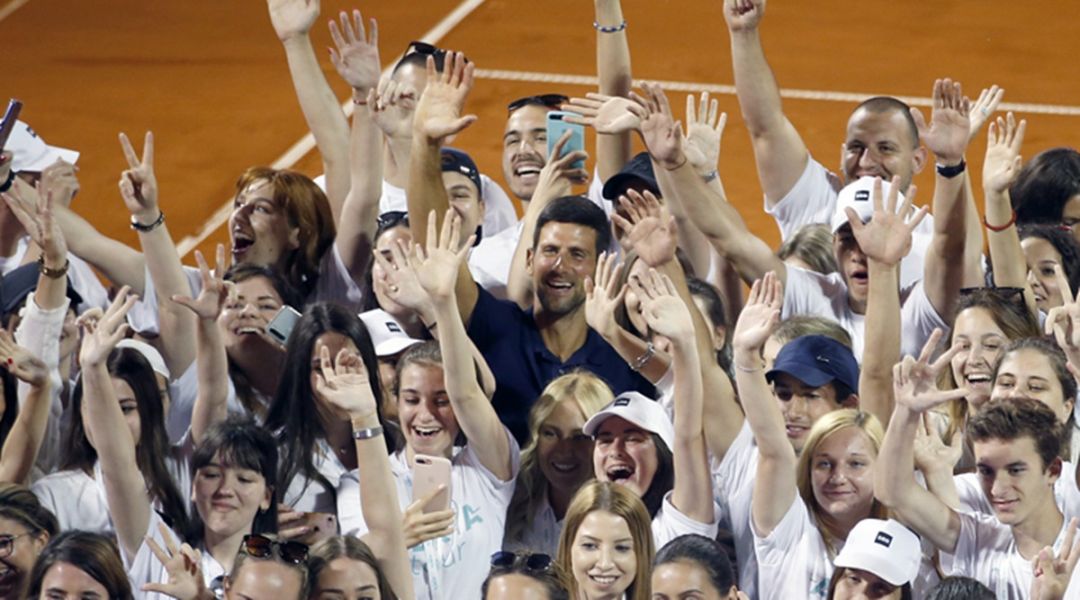 Novak Djokovic has come under heavy criticism after players ignored protocols and played matches in front of large crowds during his Adria Tour exhibition event, with several participants then testing positive for coronavirus.

The men’s world number one organised the Adria Tour which began play in Belgrade before moving to Zadar in Croatia for the second leg and included some of the world’s best players such as Dominic Thiem, Marin Cilic and Alex Zverev taking part. During a semi-final match in Zadar three-time Grand Slam semi-finalist Grigor Dimitrov was suffering with his breathing and later confirmed that he had tested positive for coronavirus.

Following Dimitrov’s positive test it was then confirmed that his opponent Borna Coric had tested positive with Djokovic’s doubles partner Viktor Troicki also testing positive. Pictures from the tour have shown large crowds, players hugging and visiting night clubs in large groups with Australian Nick Kyrgios saying “that’s what happens when you disregard all protocols. This IS NOT A JOKE” and called it a “bone headed decision” to go ahead and play the tournament.

The final of the event, scheduled for Montenegro, has now been called off following the positive tests and Britain’s number one, Dane Evans, said “Running exhibitions is good. But even if the guidelines in that country are not two metres, it is not a joke, is it? Even if the guidelines were taken away in this country to normal, I would still be trying to keep myself out of the way as much as I could from other people. I just think there has been a total disregard to that, really, and it is very unfortunate Grigor has it, Coric has it. I hope there's no second guessing on the US Open now, because of some unfortunate events." He also stated that Djokovic should “feel some responsibility in his event and how it's transpired.”

The US Open is scheduled to take place behind closed doors during August and September and the Battle of the Brits event is taking place this week in London but will also be behind closed doors and follow guidance so that the same problems from the Adria Tour do not arise. Jamie Murray said “From our point of view, we're obviously doing everything we can to limit that from happening. We know there will probably be a few more eyes on us after what happened to the Adria Tour, so everyone's got to be on top of their game when it comes to social distancing.”