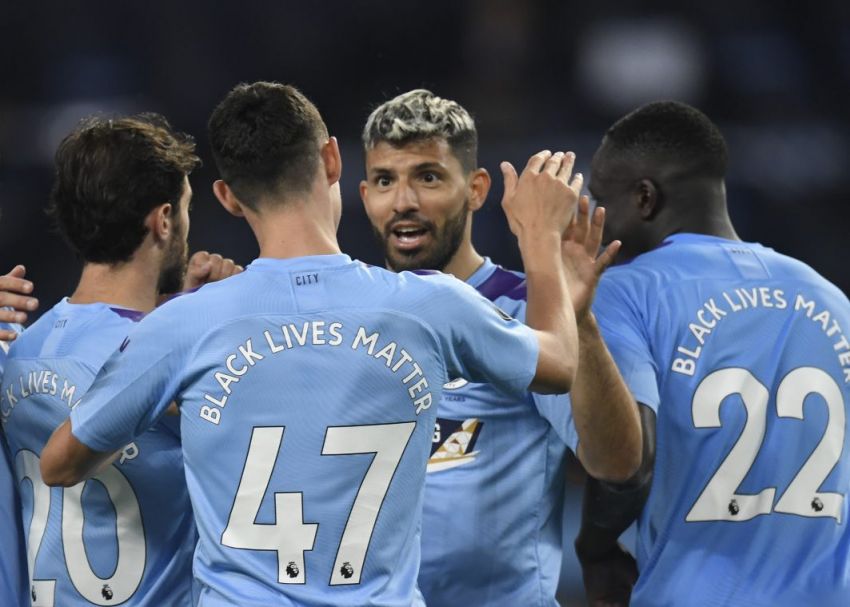 The Premier League is set to launch a new system which will allow players, coaches and managers to report any online abuse in an attempt to combat discrimination.

After replacing players names with the wording Black Lives Matter on the back of Premier League shirts and supporting teams in their kneeling before kick off the Premier League has now announced that a system will be launched which fast tracks any complaints regarding offensive or abusive online content which can come in the form of private messages or public posts.

Manchester United stars Marcus Rashford and Paul Pogba are just two of the players who have received racial abuse online with former Arsenal legend Ian Wright saying that he receives daily racist abuse online and called on social media companies to be stricter on their platforms to combat discriminatory behaviour and further protect individuals. The League has said that every complaint will be “reviewed, reported to the relevant social media company, investigated and legal action taken where appropriate”.

Announcing the new system Chief Executive Richard Masters said “Online discriminatory abuse is unacceptable in any walk of life and tackling this issue must be a priority. There are too many instances of footballers and their families receiving appalling discriminatory messages; nobody should have to deal with this.” He continued “The Premier League will not tolerate discriminatory behaviour in any form and we, alongside the FA, EFL, PFA and LMA will continue to challenge major social media companies that fail to do enough to block offensive discriminatory material and identify and ban offenders from their platforms.”

Twitter said that it has acted on over 700 examples of abuse and hateful conduct in relation to football but the anti-racism body Kick It Out has called for “concrete change” on online abuse.