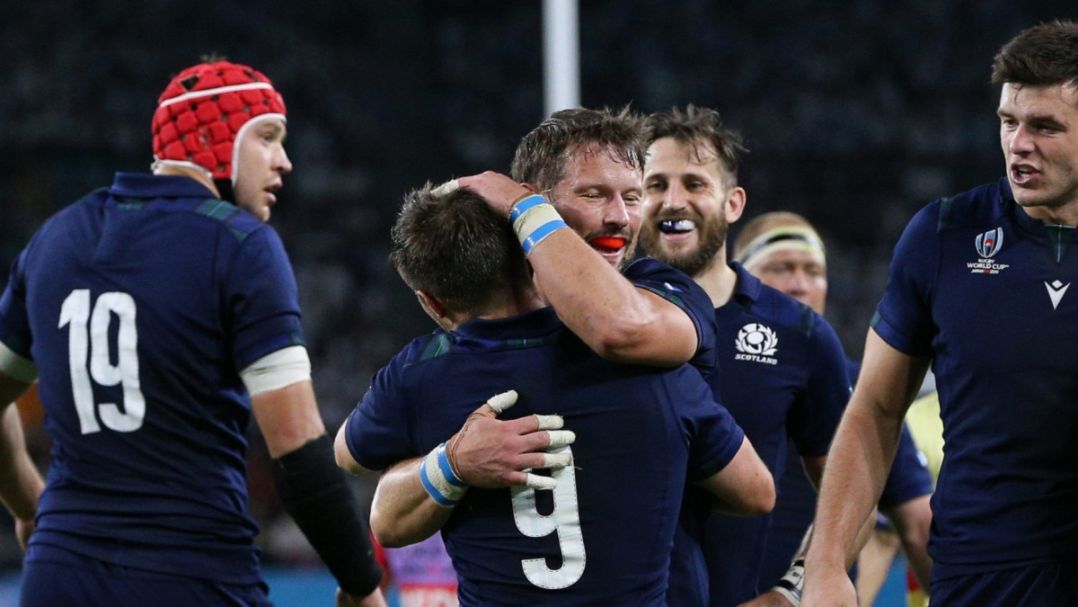 Scotland are due to play a vital fixture against Japan on Sunday in Yokohama, but this match is at risk of being abandoned due to Typhoon Hagibis causing a serious threat to health and safety.

World Rugby has already made the decision not to play two games on the Saturday, meaning that the England v France and New Zealand v Italy matches will not be played, with both matches being designated as 0-0 draws resulting in all teams being awarded with two points. It will then be decided on Sunday morning whether or not the Scotland game will go ahead, which is a pivotal decision for the Scottish team because if the match is not played then Scotland have no chance of qualifying for the knockout stages of the tournament as they have to beat Japan in order to have any possibility of progressing further. The two points for a draw if the match is ultimately cancelled will not be enough for Scotland and will mean that their 2019 Rugby World Cup ends at the group stages.

The World Rugby official rules state that “where a pool match cannot be commenced on the day in which it is scheduled, it shall not be postponed to the following day and shall be considered as cancelled. In such situations, the result shall be allocated two points each and no score registered". However, Scotland Rugby Union chief, Mark Dodson, is not satisfied by this and has commented that legal advice has been sought and that a leading London sports QC challenges the position of World Rugby.

Dodson is not questioning the decision to abandon games that will be affected by the Typhoon but rather says that the games can be relocated to another time or venue instead of just fully cancelling games with no intention to play them at all. He continued by saying that Scotland had prepared for this tournament for the last four years and for it all to end in this way would not be acceptable especially when it is more than reasonable that the match be played the next day when it is safer, but World Rugby are applying the rules very strictly.

The ideal outcome for Scotland is that their match against Japan goes ahead as planned, meaning that their World Cup fate is left in their own hands. But if the match is cancelled as feared, then it is likely Scotland will launch a legal challenge against the decision in the hope of getting the match played.