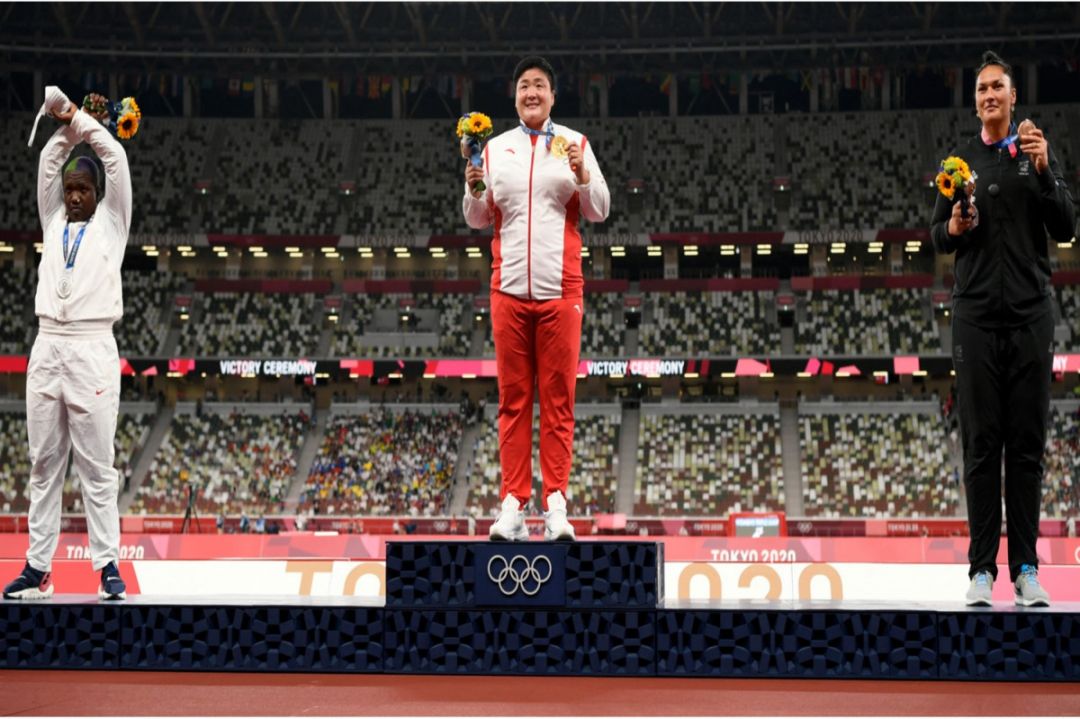 American shot putter Raven Saunders became the first athlete to demonstrate on the podium at the Tokyo Olympics when she formed an X with her arms above her head after collecting her silver medal.

Saunders told the Associated Press that the gesture represents “the intersection of where all people who are oppressed meet.” IOC Rule 50 governs athlete protests and demonstrations and whilst rules have been partially relaxed it has been stressed that any demonstrations on the podium are off limits.

IOC Presidential spokesperson Mark Adams said that the demonstration by Saunders was being looked in to however the United States Olympic and Paralympic Committee has already confirmed that it will not punish Saunders for the action. The IOC said that incidents will be dealt with on a case-by-case basis and athletes could be sanctioned for demonstrations, however there has not been any guidance provided on how severe sanctions could be.

The International Olympic Committee (IOC) relaxed its Rule 50, which forbids athletes from any form of protest at the Games, shortly before the Tokyo Olympics started last Friday.

It now does allow athletes to make gestures on the field of play provided they do so without disruption and with respect for fellow competitors and as long as it is not on the podium during the medal ceremony. However, any statement or protest, requires the approval of a working group that includes among other the IOC and the international federation of the sport in question.