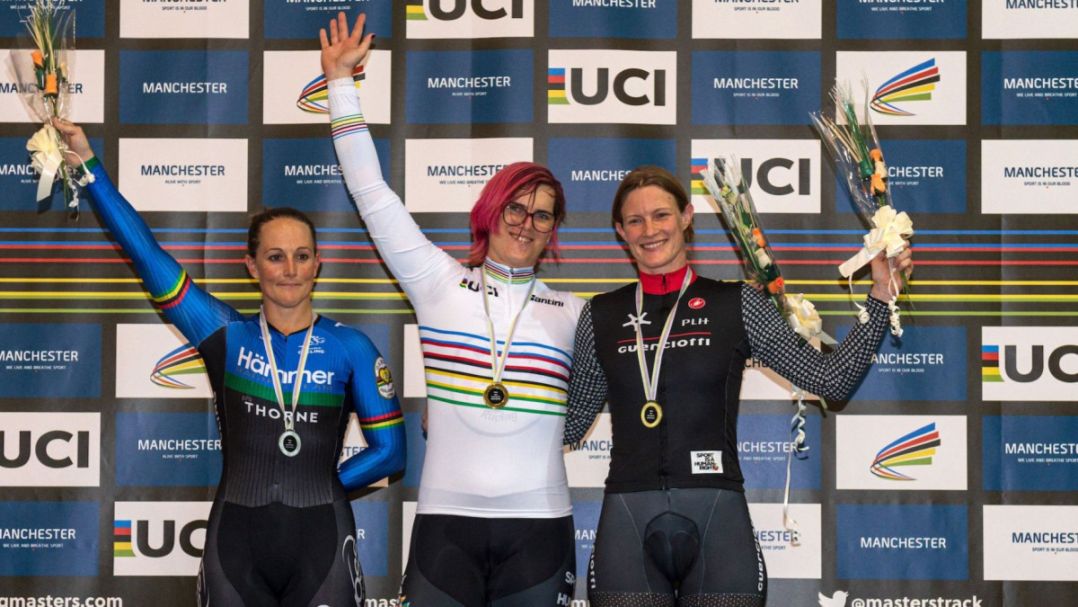 On Saturday in Manchester Rachel McKinnon won the UCI World Masters Track Championships title in the category of female riders aged between 35 and 39, but she has since had to defend her win as it has received criticism due to the fact that she is a transgender athlete.

Canadian McKinnon, who is 37 years old, defended her title as in 2018 she became the first transgender cycling champion when she won the 35 to 44 age bracket title. Both wins saw heavy criticism aimed at McKinnon as many argue that her birth sex has provided her with an unfair advantage, with the 2018 bronze medallist claiming that the race was unfair as McKinnon had a physiological advantage. Others to criticise McKinnon have been Fair Play for Women, Save Women’s Sport and also British cyclist Victoria Hood who has said that the science is there to prove that trans female athletes have an advantage in sport.

McKinnon has defended herself by stating that her medical records state that she is female, she is treated by doctors as a female and her license to ride classifies her as female. Further to this McKinnon has pointed to other records and times set by cis female athletes (those who identify as the same gender that was assigned to them at birth) which are quicker than hers so argues that this shows she is not receiving a unfair advantage, she also states that athletes can be successful with a range of different body sizes and that there are some who compete against McKinnon with bigger bodies meaning that there can still be a large gap in single gender competition.

The recent research conducted at the Karolinska Institute in Sweden has suggested that transgender female athletes still enjoy an advantage even after undergoing treatment to reduce their levels of testosterone. McKinnon has accepted that there is a possibility that even after the hormone treatment, she and other transgender female athletes may maintain a physical advantage over their cis female competitors.

McKinnon argues that it is within her rights to be able to compete and to ban her from doing so would be infringing her human right to take part in sport. Those who argue against transgender female athletes say that their inclusion should not be placed before the right to fair competition for female athletes who do not have the same advantages afforded to those who have been through male puberty before transitioning to female.

Under current guidelines McKinnon is well within her rights to compete and win these competitions whether she does have a physiological advantage or not and it is likely that this topic will continue to be debated for a good while longer.