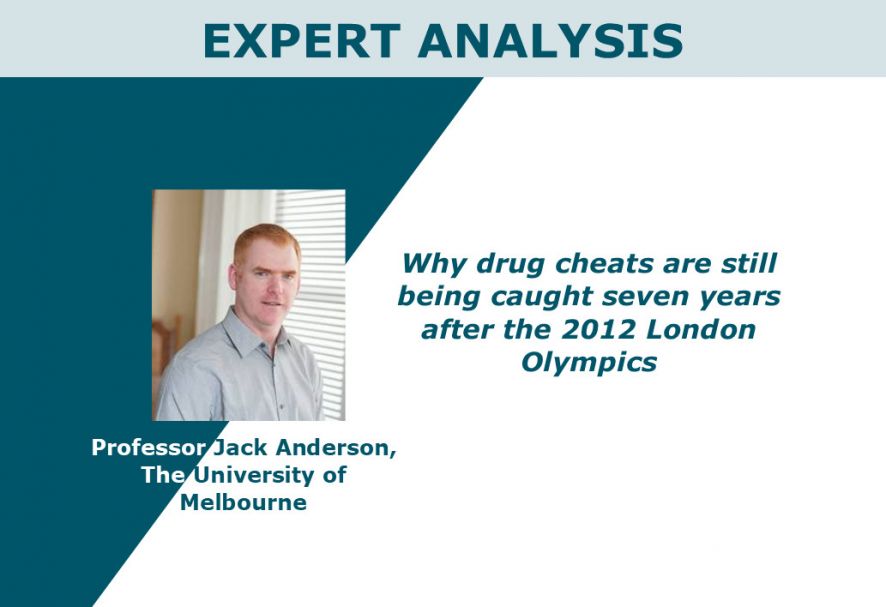 But in the midst of the drama, a separate, failed drug test was slightly overshadowed. Uzbek wrestler Artur Taymazov became the 60th athlete – and seventh gold medallist – to retrospectively test positive for doping from samples taken at the 2012 London Olympics.

In addition to the nine athletes caught doping during the games themselves, that brings the total number of disqualified athletes from London to 69 – more than triple the number caught doping at the 2004 Athens Olympics.

When did retrospective testing begin?

That athletes from the 2012 Olympics are still being caught cheating might come as surprise. But the World Anti-Doping Code (WADC 2015) provides for a 10-year window following a competition to test athletes’ samples for a possible doping violation. This is known as retrospective testing.

Under the old regime, authorities had eight years to test samples. This means that samples from the 2012 London Olympics can be tested until 2020.

The WADC’s limitation period first came to prominence in 2010, with the release of Andre Agassi's autobiography, Open. In it, the tennis star admitted to taking a banned drug, crystal methamphetamine, in 1997. He also revealed he avoided suspension by the tennis authorities, who, in confidence, accepted his plea that the positive test had resulted from a drink spiked by one of his entourage, known as “Slim”.

The then-head of WADA, John Fahey, wrote to the tennis authorities for an explanation of “Slim’s spiked soda”, but further investigation was barred because the WADC's statue of limitations had long since expired.

In another prominent case in 2012, the US Anti-Doping Agency (USADA) argued it should be able to expunge all of cyclist Lance Armstrong’s competitive results from 1998 onwards – including all seven of his Tour de France victories. This was due to evidence that Armstrong’s cycling team had run USADA acknowledged this would be in breach of the WADC’s statute of limitations, but justified the move on the grounds that Armstrong had fraudulently concealed his doping for many years. The International Cycling Union did not challenge USADA’s interpretation of the time limitation rule and Armstrong’s results were subsequently erased.

Due to the level of doping in the sport at the time, no retrospective champion was declared for the seven Tours between 1999-2005.

How many athletes have been caught?

The reason the 10-year window exists is because drug testing has failed to keep pace with cheating. There is a lag period between WADA both becoming aware of a new performance-enhancing substance that it needs to prohibit and developing a test that can, with scientific accuracy, detect it.

Put simply, the 10-year limitation period allows anti-doping authorities to retrospectively test samples of athletes after new methods allow them to do so, thus acting as a deterrent against doping in the future.

In 2017, WADA testing figures revealed that of the 322,050 samples taken in and out of competitions that year, only 1.43% led to an adverse analytical finding. But some researchindicates the prevalence of doping among athletes may be much higher than that. 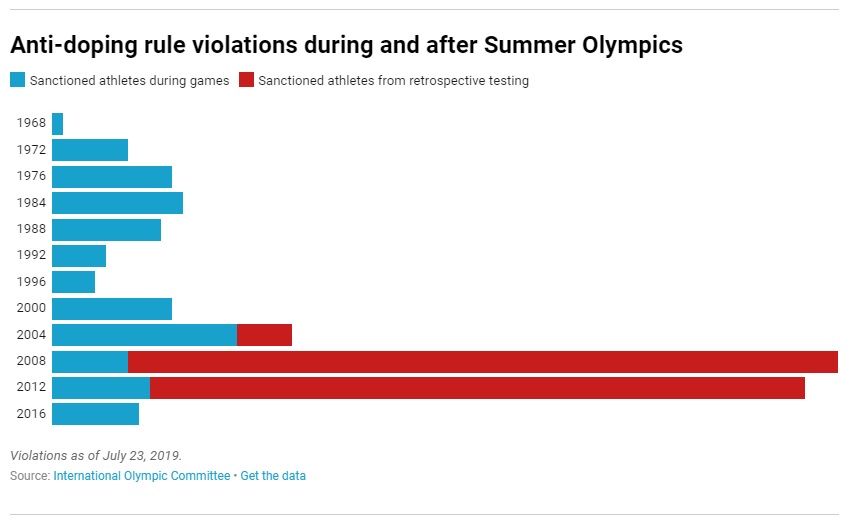 And in theory, USADA’s interpretation in the Armstrong decision – which was supported by rulings in the Court of Arbitration for Sport - leaves open the possibility that the statute of limitations for drugs violations could be extended even beyond ten years.

In theory, this could allow the International Olympic Committee to revisit the results from the Olympics of the 1970s and 1980s, where there is documented evidence – from Stasi files, for example – that countries such as East Germany engaged in a state-sponsored doping program to achieve sporting success.

Interestingly, one of the first former Australian Olympians to support Horton in his protest last month at the world swimming championships was Raelene Boyle, who has long claimed she was denied two gold medals at the 1972 Olympics by East German athletes suspected of doping.

Although more cheats are being caught, this doesn’t mean the system of retrospective testing is working perfectly.

For starters, a decade-late public declaration that an athlete was the rightful winner of a championship offers some recompense, but the denial of immediate glory often has severe financial and even health consequences.

Moreover, having to correct the result of races held years previously may be adding to a growing public indifference to doping in sport. The men’s 94-kilogram weightlifting eventfrom the 2012 Olympics shows just how little confidence remains in certain sports: all three medallists were disqualified for doping, as were the fourth-, sixth- and seventh-place finishers. 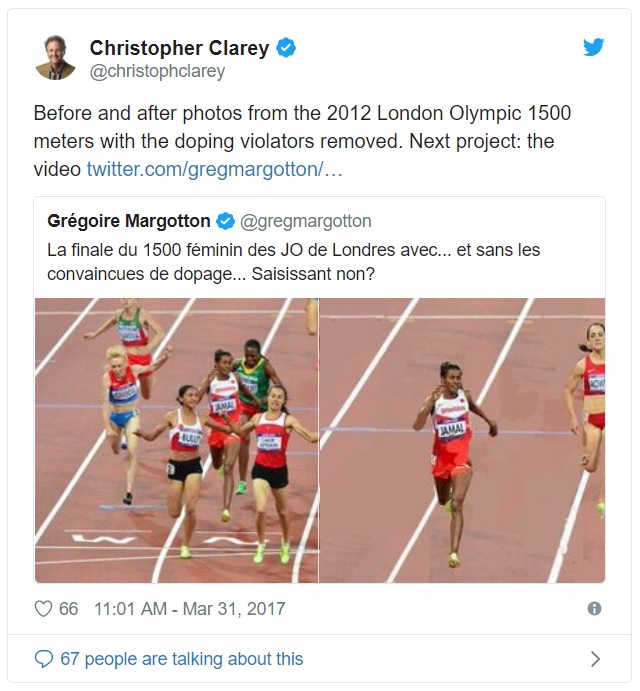 Finally, there is one strange quirk within WADA’s system of retrospective testing. If, for example, Australian swimmer Shanya Jack loses her appeal following her positive test for ligandrol, then her samples, as with all proven cases, will be destroyed.

This is a questionable, unnecessary practice. Although the scientific integrity of the anti-doping testing regime has greatly improved thanks to WADA, the system still has flaws.

Former Liverpool FC player Mamadou Sakho, for instance, is suing WADA for an alleged drug-test blunder. And Chinese swimmer Sun Yang was permitted to compete at last month’s world swimming championships after a tribunal ruled in his favour over another questionable testing procedure.

WADA protocol could easily be changed to mandate that all samples be maintained for ten years to allow athletes who have been punished for a positive test to later challenge that sanction, with the aid of advancing technology.

The strength of any justice system lies not only in how often it closes cases against athletes rightly accused of doping, but how open it is to giving athletes the opportunity to the show that, on occasion, the system got it wrong.

This article is republished from The Conversation. Read the original article here.