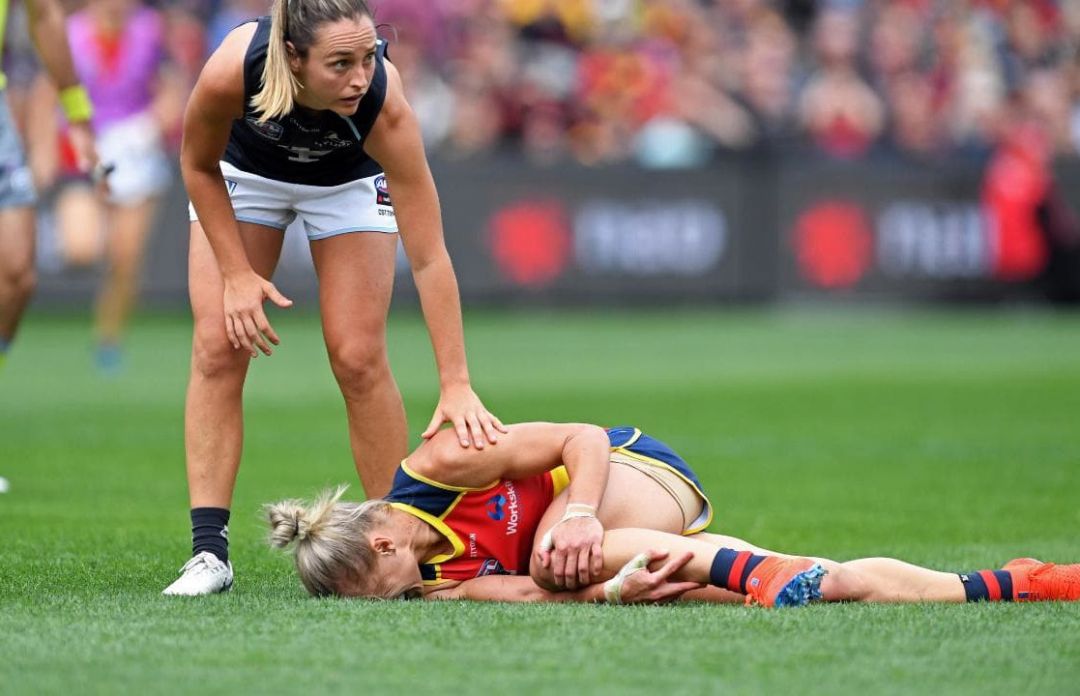 Many AFLW stars and women’s footballers have suffered from anterior cruciate ligament (ACL) injuries throughout their careers with some research showing that players can be anywhere from twice as likely up to ten times as likely to sustain the injury during their menstrual cycle. A lot of previous research on the injury was undertaken on males but as this is not directly transferrable to females more clubs and leagues are undertaking research that is specific to female players which will give a clearer indication as to why ACL injuries are such a frequent issue.

In the last few weeks the issue of ACL injuries and menstrual cycles has become increasingly prevalent with Chelsea recently announcing that training plans will be formatted so as to work around the phases of players menstrual cycles.  The US Women’s national team have been tracking periods so that performance can be maximised whilst also avoiding the increasing risk of injury by changing certain aspects of training such as the intensity, what foods are being eaten and which days are used as recovery.

Dr Andrew Greene at Roehampton University is also conducting similar research so see how the physiological make up and changes that occur in the body during the cycle may be making the players more susceptible to specific injuries and then once this is identified working to prevent these injuries from occurring as frequently as they do in some instances.

Professor Kay Crossley from La Trobe University said, “there is a suspicion that female hormones may be related to injury and possibly to how women respond to training, but a lot more work needs to be done in that space.” Whilst the research cannot totally eradicate the issue of ACL injuries it will hopefully reveal why it is such a frequent and recurring injury so that steps can be taken to limit the risk.