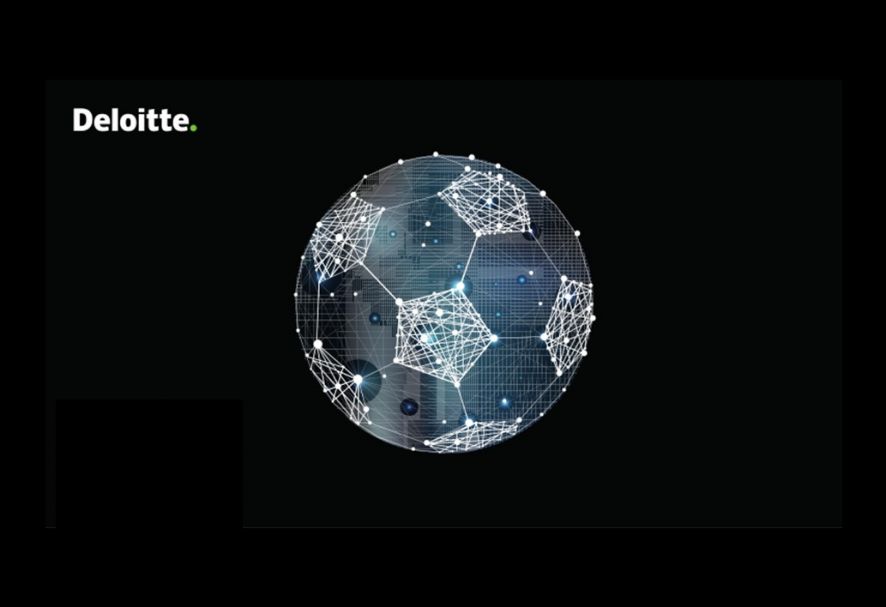 Deloitte has released a report which states that the cost of the Covid-19 pandemic on Premier League clubs could reach £1billion in lost revenues.

During the 2018-19 season the 20 Premier League clubs had a combined revenue of over £5billion but this will be significantly reduced this season due to the fact that the league has been suspended since mid-March and the remaining 92 games will be played behind closed doors when the league resumes on 17th June. Deloitte says this loss in matchday revenue and rebates to broadcasters will permanently lose £500million with further losses continuing into the 2020-21 season. Dan Jones, partner and head of the Sports Business Group at Deloitte, said, “Clubs are having to weather multiple financial impacts, including rebates or deferrals of commercial and broadcast incomes, as well as the loss of matchday income and other event-related revenue.”

'As predicted in last year’s edition, Premier League clubs’ total revenue exceeded £5 billion for the first time in 2018/19, an increase of 7% compared to the previous season.' 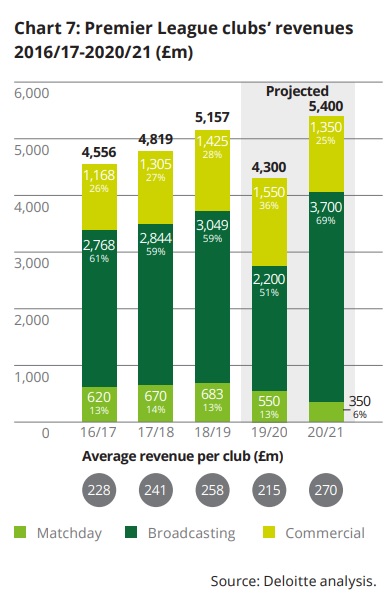 Deloitte also expects the significant losses to be felt amongst lower league teams and will spread across Europe as all major leagues have experienced a period of suspension, with some such as Netherlands Eredevise and Frances Ligue 1 finishing the season early so that no competitive football will take place until the start of the 2020-21 season.

'Whilst 2018/19 saw growth across many of Europe’s non ‘big-five’ leagues, the impacts of COVID-19, particularly on those leagues with a higher reliance on matchday revenue, will present a major challenge.' 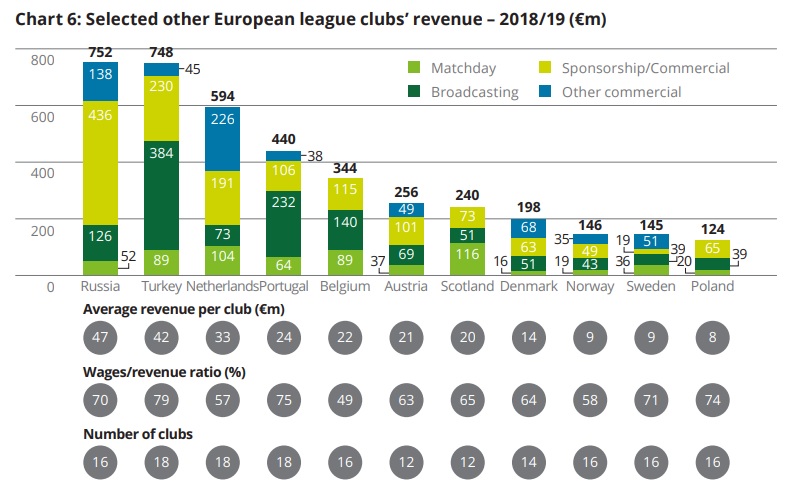 It is believed that the resumption of football will begin to financially benefit clubs once more but there is no guarantee that the 2020-21 season will not have to begin behind closed doors so the loss of matchday revenue may continue into next season further increasing the losses.

Premier League clubs are already announcing significant losses from the current period of suspension with Manchester United announcing that they have so far lost £28million during this pandemic but they expect this figure to be much greater once the final figure can be attained.

You can read the full Deloitte report here.