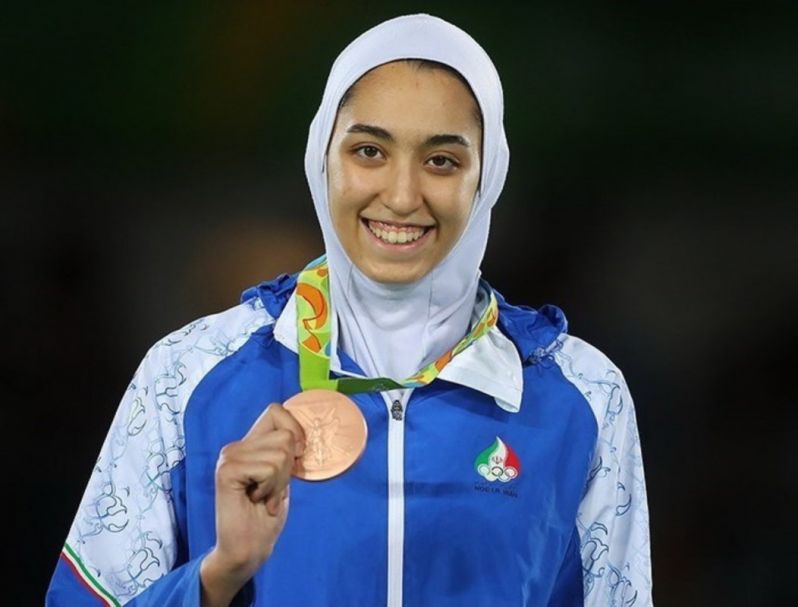 Iran’s only female Olympic medallist, Kimia Alizadeh, has said that she has defected due to the fact that she is "one of the millions of oppressed women in Iran" and that she did not want to be a part of "hypocrisy, lies, injustice and flattery".

Alizadeh made history when she became the first Iranian woman to win an Olympic medal when winning bronze at the 2016 Rio Olympics in the 57kg Taekwondo event. She has now said that Iran used her achievement as a tool for propaganda and were taking all of the credit for her greatest achievement.

Alizadeh has posted on social media stating that “I wore whatever they told me and repeated whatever they ordered. Every sentence they ordered I repeated. None of us matter for them, we are just tools.” Her defection comes during a week of high tensions for Iran as they are dealing with mass protests that have stemmed from officials lying about the shooting down of a Ukrainian aircraft and there is also the ongoing conflict with America.

Alizadeh is not the first Iranian Olympian to defect as Judo World Champion Saeid Mollaei defected to Mongolia in December 2019 after Iranian officials told him to purposefully lose his semi-final at the 2019 World Championships in order to avoid a potential final against Israeli Sagi Muki. In September Iranian para-archer Pourya Jalalipour left an Iranian training camp in the Netherlands in order to seek asylum in the country.

Reports have been made that Alizadeh is in the Netherlands, but this has not yet officially been confirmed and there is yet to be any word as to whether she will aim to compete at the Tokyo 2020 Olympics, or under which flag she would compete under.