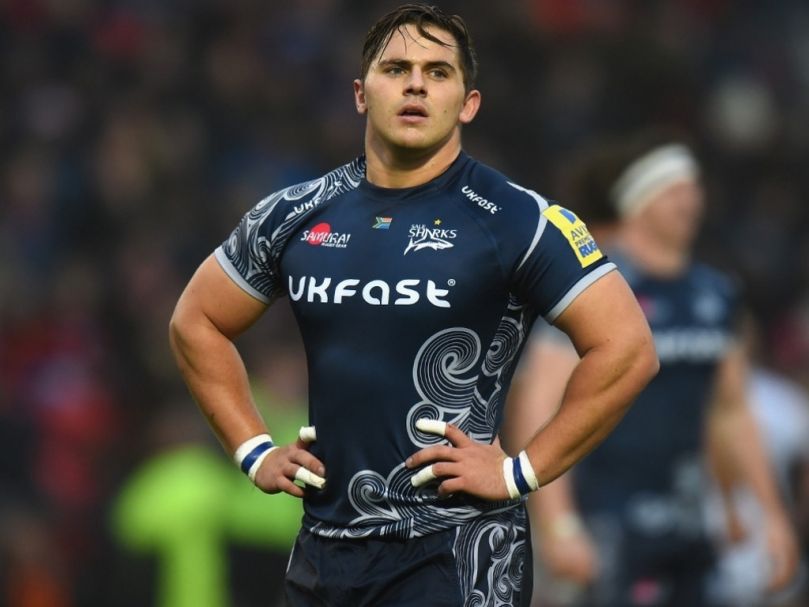 Sale Sharks have been fined and handed a suspended five-point deduction for their role in Rohan Janse Van Rensburg signing contracts with themselves and Gloucester, with the player being fined and banned for two weeks.

South African centre Van Rensburg joined Sale from Super Rugby side the Lions ahead of the 2018-19 season but had also signed a deal with Gloucester and was paid £25,000 by the club but never honoured the contract and has played for Sale since. The centre was charged with conduct prejudicial to the interests of the game contrary to RFU rule 5.12, while Sale were charged with breaches of RFU regulation 7.5 relating to approaches to players.

Sale were fined £20,000 for their breach and also handed a five-point deduction which has been suspended for two seasons whilst Van Rensburg has been fined £32,500, which will be paid to the RFU who will then pass £25,000 on to Gloucester and also banned for two weeks which will be confirmed to start once the season calendar is announced and the competition re-started following the coronavirus suspension. The agent who represented the player at the time has been fined £3750 and ordered to take an agent’s education programme, all three parties accepted the charges.

Gloucester were seeking over £400,000 in compensation from Sale Sharks but the disciplinary panel said they did not have “sufficient information to make an award which would be fair to both Gloucester and Sale” so therefore did not order Sale to pay any compensation. Gloucester said in a statement that they are “now considering its position in relation to legal proceedings to recover compensation which the independent disciplinary panel confirmed Gloucester Rugby was free to pursue.”