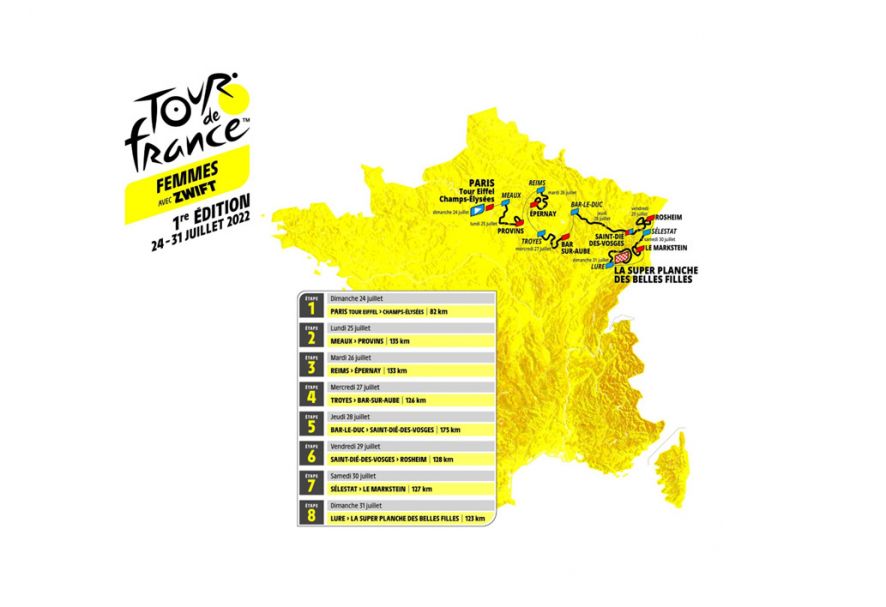 The women's Tour de France will be revived next year as the 2022 race route was unveiled in the Palais des Congrès in Paris on Thursday (14 October) by the newly appointed race director Marion Rousse.

The women's Tour had not been held since 1989 and will this year start from Paris and end eight days later at the top of the Super Planche des Belles Filles climb at the end of an eight-stage ride through eastern France.

"It's a balanced route, that will suit several types of riders," race director Marion Rousse told reporters. “We wanted to start from Paris, with only eight stages, we couldn’t go down to the Alps or the Pyrenees, the transfers would be too long.”

The women’s Tour de France champion will win €50,000 and there is a further pot of €200,000 for stage and classification winners.

The yellow jersey winner in the men’s Tour, in contrast, wins €500,000 (traditionally shared with teammates) and a further prize pot of more than €2m is on offer for stage victories and classification winners.

"If it had been (sustainable), the women's tour would have been held for 40 years," he told reporters yesterday ahead of a presentation ceremony for the 2022 men's and women's Tours.

"The biggest challenge is to broadcast the race. I think we've done a good job, with the race starting the same day as the men's race ends in Paris,"

The men’s race begins in Copenhagen on 1 July, and ends with the final stage at Champs-Élysées, Paris on 24 July. The race is broadcast in about 190 countries.